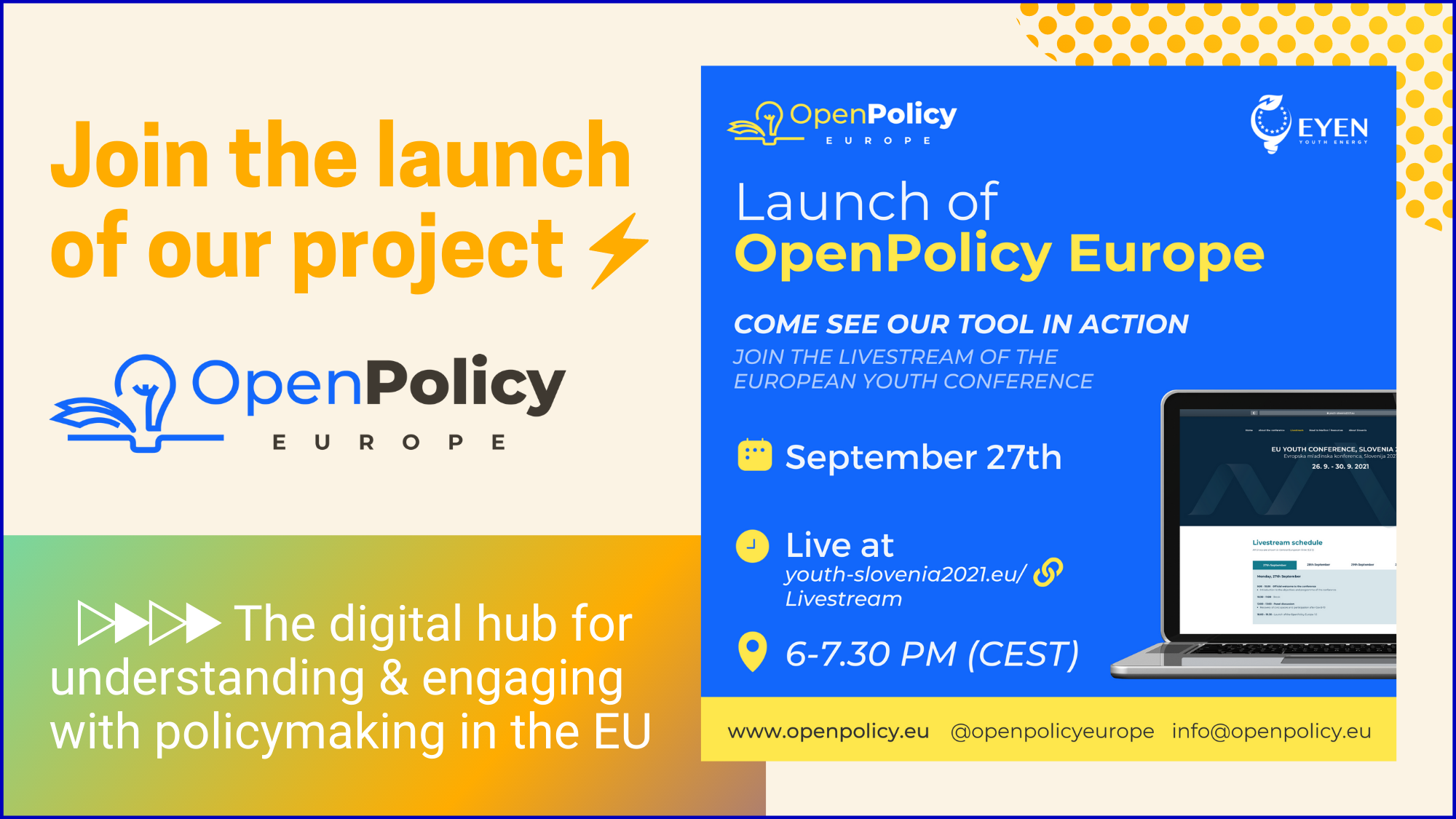 Watch the livestream of the event!

Learn more about our project or the European Youth Conference.