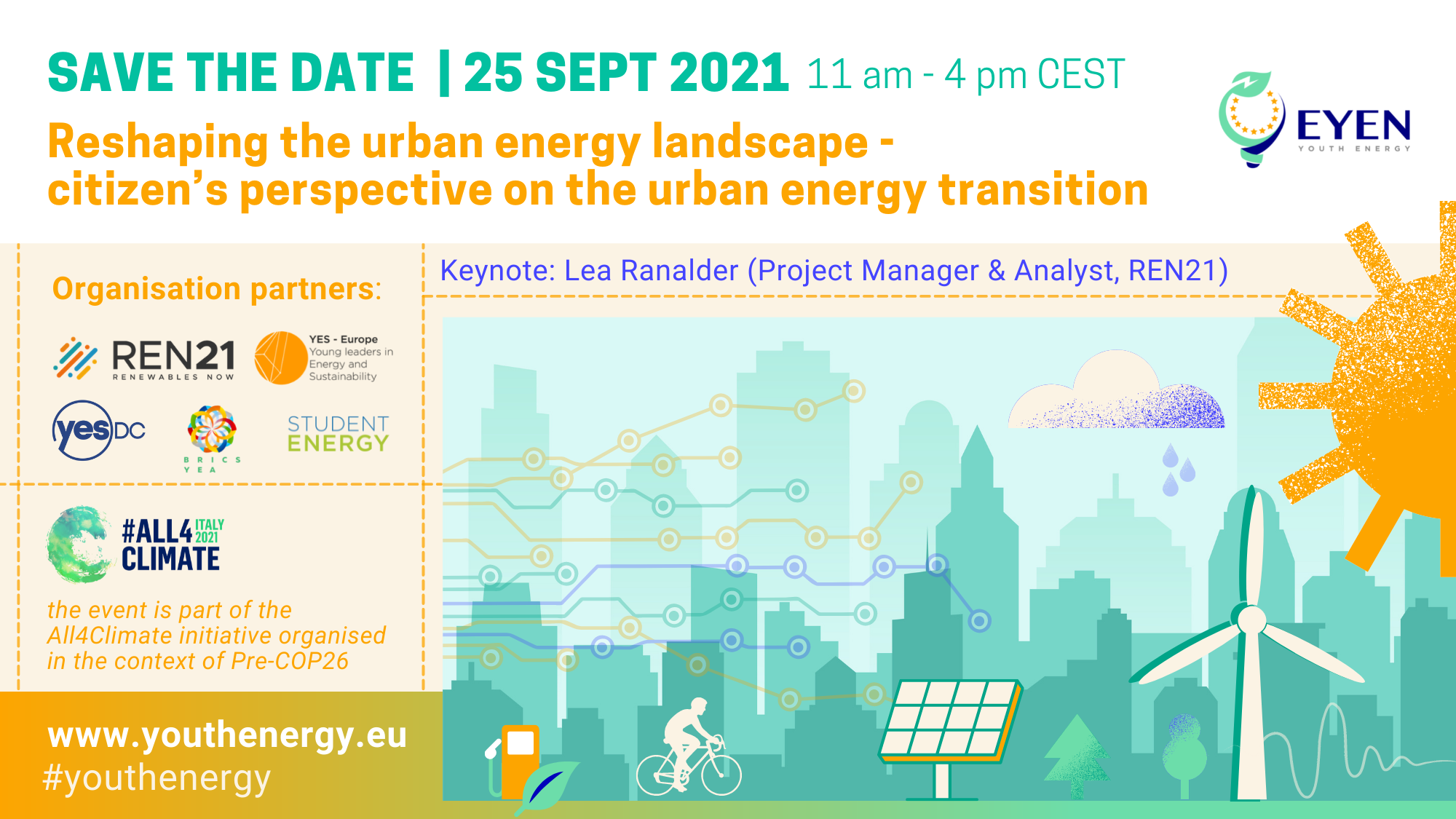 READ THE ARTICLE ABOUT THE EVENT

All around the world, city governments are taking action on energy and climate issues. In the last years, the engagement of city governments continued to grow, driven by climate change and public pressure. Cities are frontrunners in setting renewable energy and net-zero targets. But in order to achieve the targets, there is a need to act on a global scale.

We want to incentivise collaboration between cities of different regions and to increase the awareness of citizens on the challenges and opportunities for the urban energy transition. The results of this event will address decision-makers, in order to concretise its impact in future initiatives and projects.

Building upon REN21 Report on Urban Energy Transition and following a panel discussion, the audience will be asked to actively participate in working groups to reshape the transition road map of major cities like Milan, Saint Petersburg, Kolkata and São Paulo. The event aims to foster international exchange awareness between stakeholders and generate awareness.

This event is the first part of an event series taking place within the framework of COP26. The first event is part of the All4Climate initiative organised by the Italian co-presidency at preCOP, while the final event is aiming to have a place in the COP26 side events agenda.

Join us at this event! Part I: Introduction and panel discussion with experts

Working groups formed by participants will be discussing the transition roadmaps of different cities. Together, we will challenge roadmaps, brainstorm ideas based on individuals’ experiences and find solutions to push forward the energy transition in each selected city:

What are you waiting for? Register today:

Add the event to your calendar: