EYEN’s first General Assembly: behind the scenes of a youth-led energy transition 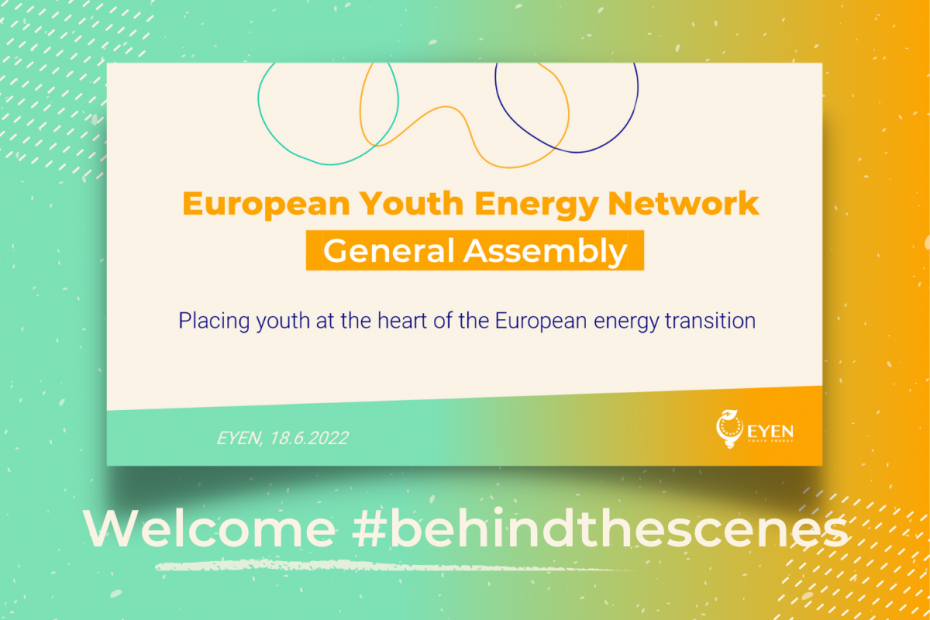 Big transformation requires representation, especially in the just (energy) transition. Not only in Brussels, but in all European capitals. In a Europe-wide network.

One month ago, the European Youth Energy Network came together for our first General Assembly, the highest decision-making body of the Federation. The General Assembly reunited all our member organisations to elect officials and welcome new member organisations in our network. After setting up the foundations of it all over the last 1.5 years, the European Youth Energy Network got officially established as an international non-profit organisation (“Association internationale sans but lucratif”, AISBL) and we could celberate this new milestone.

We elected two new members of the Governing Board (you know, that body to officially represent and manage the federation, accompanied by the whole EYEN Secretariat for day-to-day operations): a warm welcome to Carlotta Ferri (Governing Board officer for EYEN Development) and Luciana Miu (for EYEN Advocacy and Public Relations)! With some overdue women power finally added, Carlotta and Luciana now complement the previous board members Federico Barbieri (President), Miguel Mosca (Vice President) and Juan Sebastián Álvarez (Treasurer), and more positions will be filled in the future. 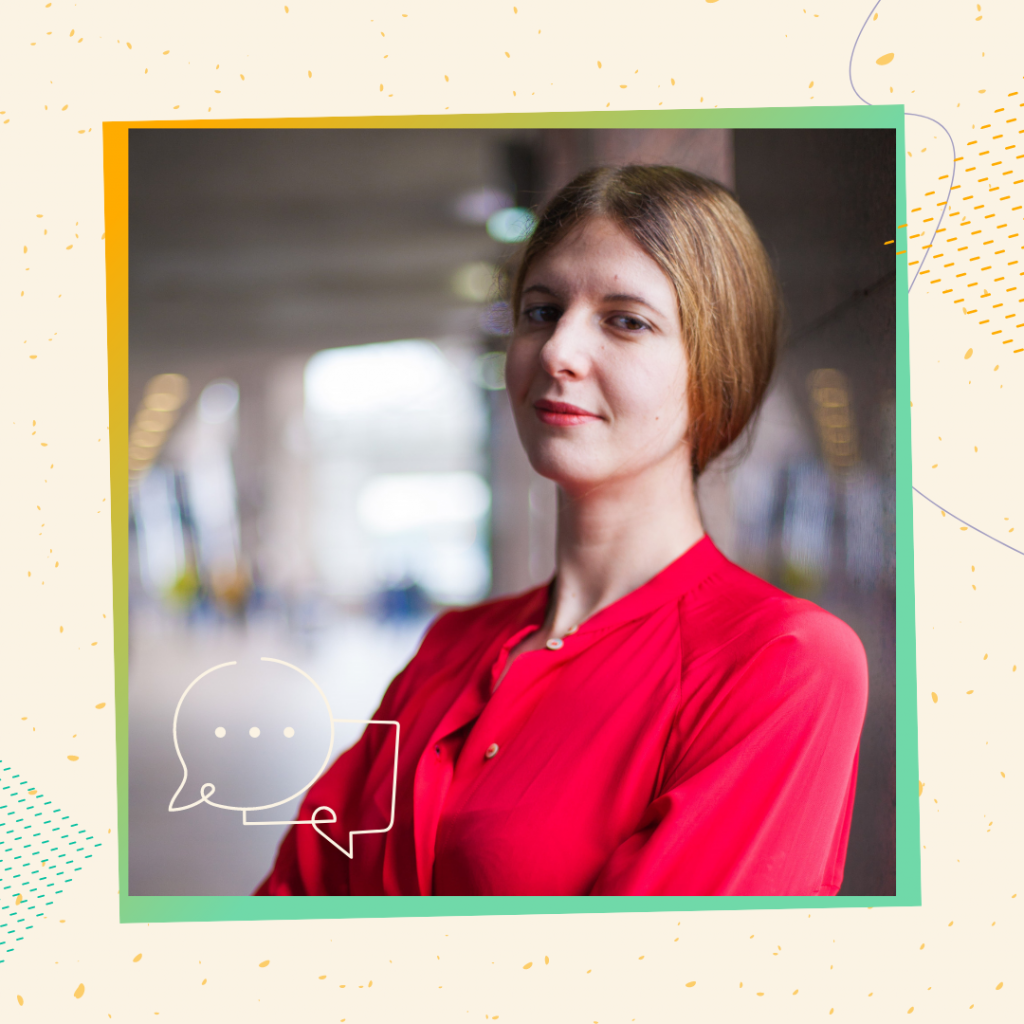 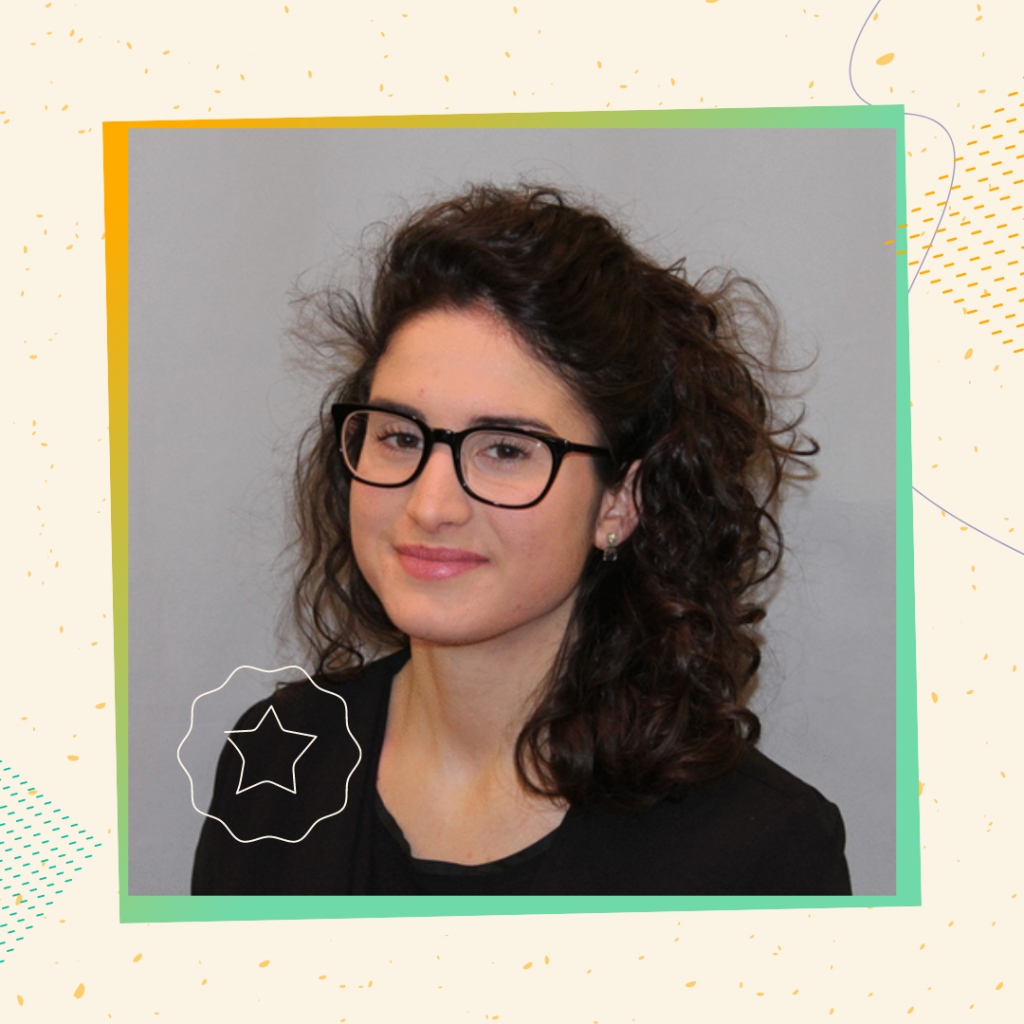 …understood how important it is to bring together the different segments of society in the energy transition – and youth are the main stakeholders in the energy future that policymakers are trying to shape today. As EYEN we can add value to institutions like the European Commission and more by bringing young voices to the table. Luciana has been a chief organiser of the International Student Energy Summit, binging together a diverse group of youth from all across the world. She has experience with speaking at high-level events in both personal and EYEN capacity of a co-founder, to advocate for youth engagement in the energy transition.

…joined EYEN at the start of 2021 with the ambitious project to bring the newly-born organisation to the COP26 in Glasgow. She sees EYEN’s role as a success enabler for its members along the common strategic objectives and is excited about the directions EYEN should develop in for a maximal impact. Some specific objectives: creating a channel of strong collaboration and communication with our members, setting up processes to collect the positions of youth organisataions on energy topics, and enabling members to add a coordinated youth perspective to international events like the Citizens’ Energy Forum to explore consumers’ perspective and role in a competitive, energy-efficient and fair energy market.

Also, we saw Bundesverband Junge Energie e.V. (BJE), Future Energy Leaders Portugal (FEL PT), PoliEnergy, Pour un réveil écologique, Student Conference “Energy Efficiency and Sustainable Development” (SCEESD) and Reboot officially join the federation. They were “promoted” from the status of candidate member by our four founding members – the organisarions who contributed to building up the foundations of EYEN in the early days. With these 6 new member organisations, very diverse in scope and aims, we are bringing new voices at the heart of the energy transition and expanding our reach with members from all over Europe. We already can’t wait to see which youth-led organisations we’ll be welcoming during our next General Assembly at the first ever European Youth Energy Forum in Lisbon this November.

Maybe it will be you? Here you can find out how to join the federation. 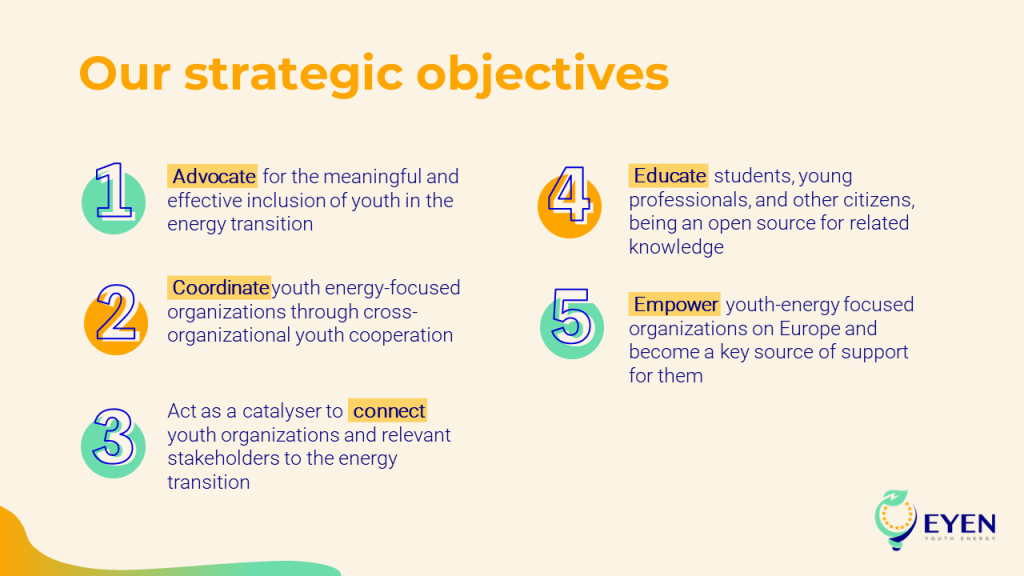 EYEN has five strategic objectives towards reshaping youth engagement in the European energy transition, and we can only reach them with and in support of our member organisations. For that, the federation has a very participatory nature – every member can voice their needs, and propose a task force or standing committee to come together on a specific topic of interest for the federation. More about the benefits of becoming a member here. Together for a just empowered and collaborative energy transition. Cause once we come together, it’s going to be a snowball effect.

EYEN is growing with more events – online and in person – from our members, and more opportunities for youth engagement in the important decisions and fundamental dialogues with institutions that shape the energy sector. But first things first, now meet our new members! All of them are acting in several of the fields of energy-related advocacy, youth-related advocacy, knowledge sharing and dissemination as well as knowledge production as common projects connecting all members. Their activities range from media campaigns in the subways to energy changemaker trips into the mountains, doing the hard work of building common infrastructure and co-promotion/marketing or running accessible educational formats from food waste to energy.

BJE is the biggest and most important umbrella organisation in the field of youth energy associations in Germany. They support and promote the independent networking of student associations and initiatives in the energy industry to enable them and their members to engage in an interdisciplinary, research-oriented, and open-ended dialogue on energy industry issues across university and city boundaries.” 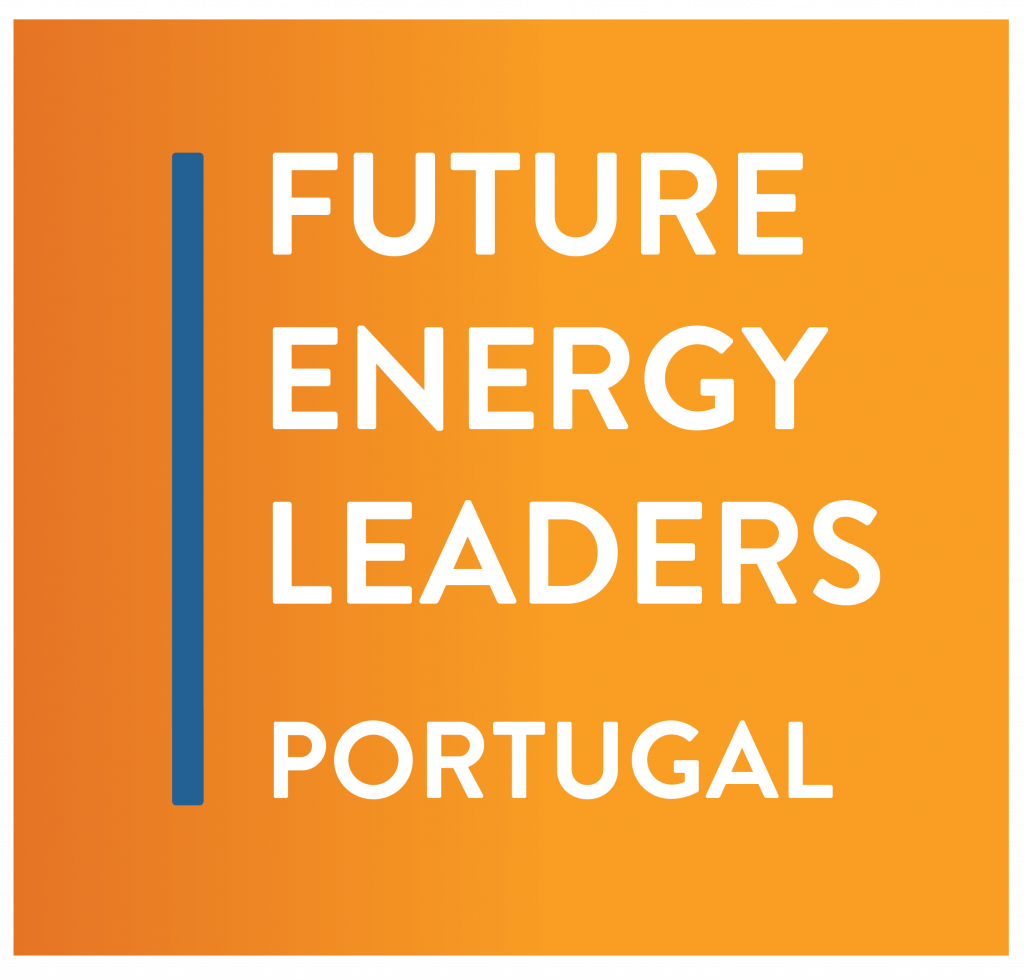 The Future Energy Leaders Portugal provides a platform to build a rich professional network, to interact with senior energy leaders in Portugal and across the world. The FELPT programme also connects the young energy professionals of Portugal to a global network of future energy leaders, through interaction with the World Energy Council FEL100 programme. The programme invites future energy leaders to contribute to the Council Portuguese Member Committee’s energy dialogue, to support the development of balanced national policy frameworks, and to help shape energy solutions for tomorrow, tailored to the national and regional context and needs.

The FELPT programme builds on creative ideas and innovative potential to challenge conventional thinking and explore new strategies for the future of the energy systems, offering to young professionals a unique opportunity to learn, to develop skills and to participate in the debate of critical energy issues. 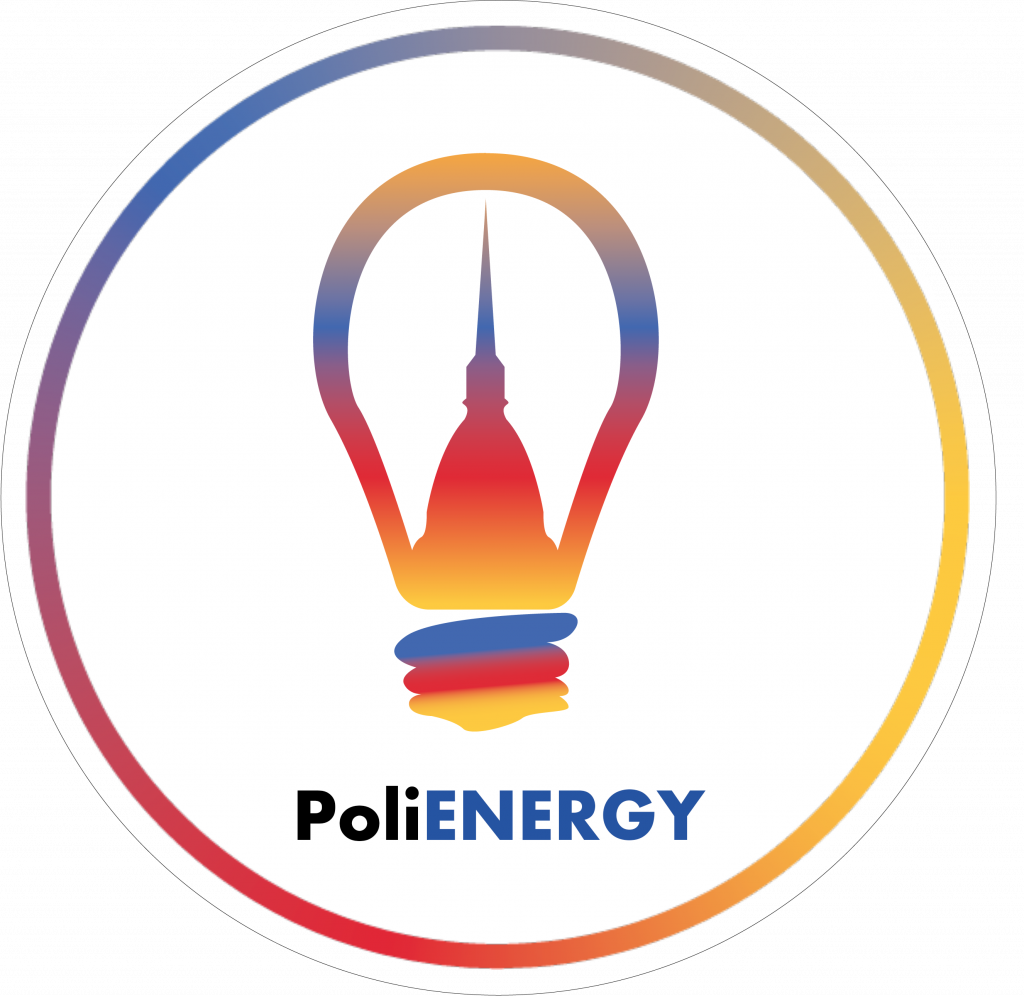 PoliENERGY is a student’s association founded in 2018 at the Politecnico of Torino. Their main topics range from energy to sustainability, tech innovation and environment. The association deal with these topics by organising events, activities and by doing scientific dissemination. As well as collaborating with companies, universities and public entities to expand the network. The vision: to become a reference point regarding energy dissemination and a bridge between the worlds of academics and work.

Reboot is a young Non-Profit Association that teaches Sustainability in an uncomplicated, accessible and digital way. Because we need everyone’s effort to live in a better world. The mission: to empower people and organisations with accessible information,
space for reflection and debate. 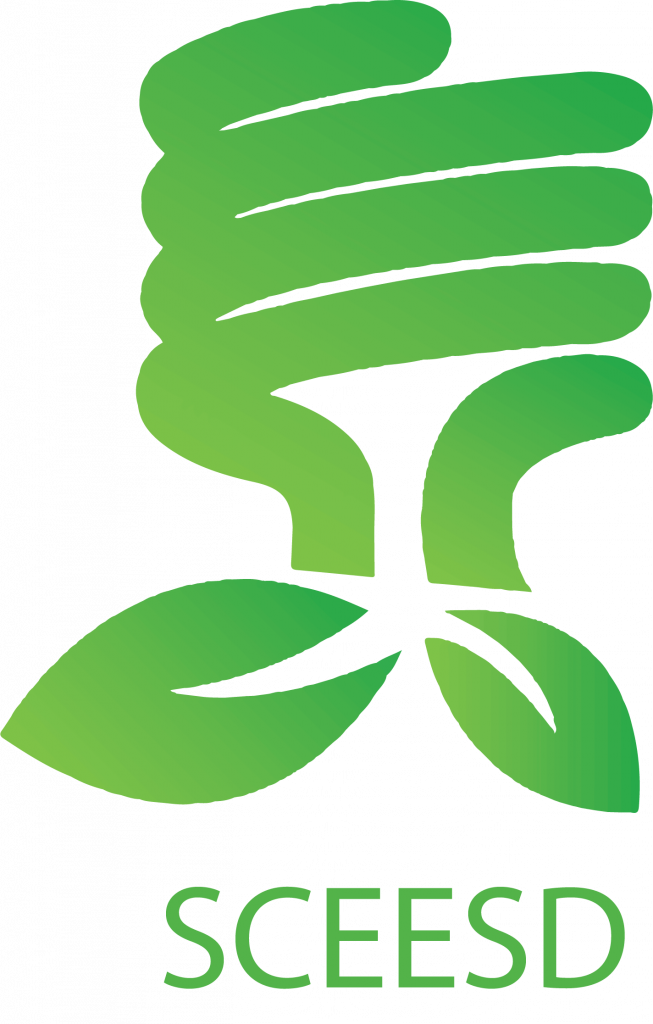 The student conference SCEESD, of the apposite association for research and promotion of energy efficiency and sustainable development, enables the exchange of ideas and opinions between students, professors and companies which are involved in the field of power engineering. Thus the conference contributes to solving complex problems on the topic. 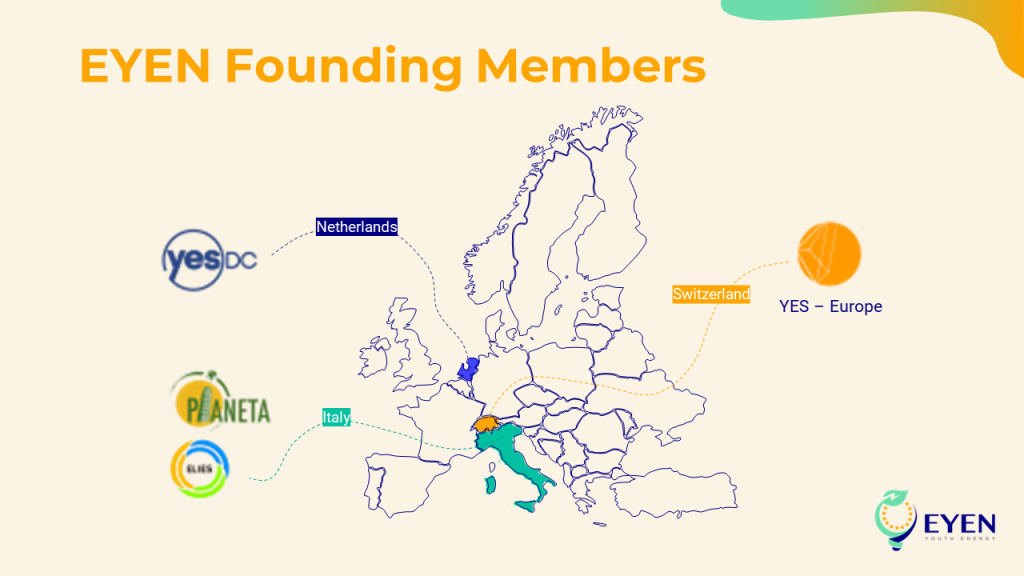 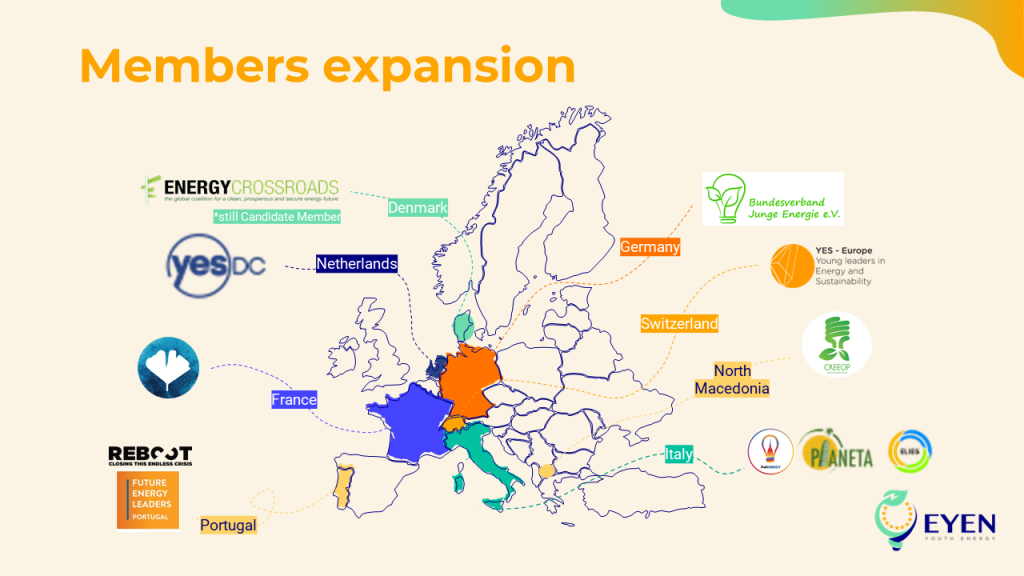 Want to learn more about our members or even become one?

Follow us on social media (LinkedIn, Facebook, Instagram) to not miss any news! And..don’t forget to apply for the first ever European Youth Energy Forum till 19 August to join us and a selected group of energy changemakers in Lisbon.

Take me back to all the EYEN News >>>