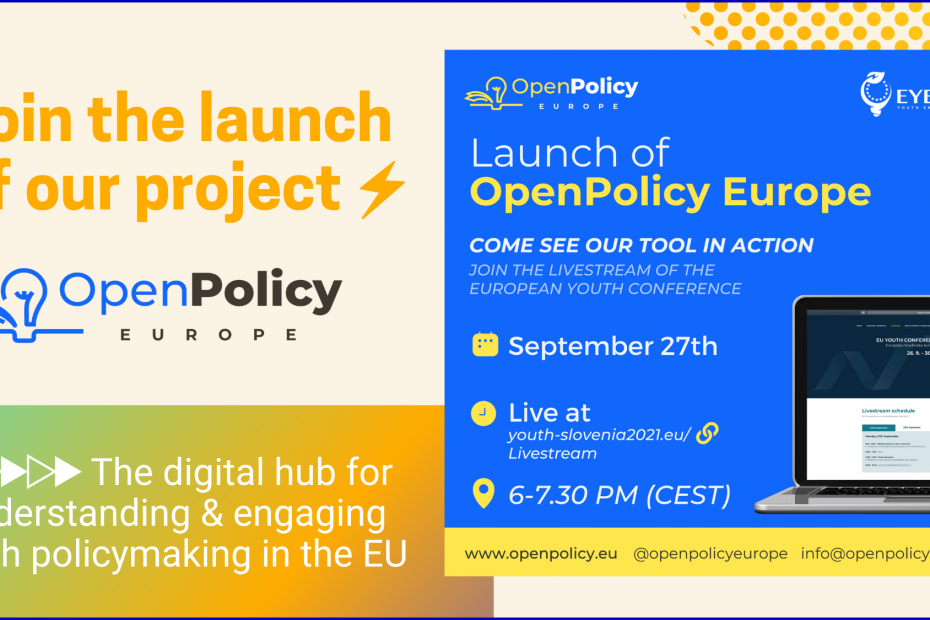 EYEN has won the “SOLVE THE GAP – 48h EU Youth Digital Hackathon”, proposing an innovative idea to improve youth engagement in policymaking and was awarded the Hackathon’s grand prize of 10.000 € by a panel of experts including Mariya Gabriel, the European Commissioner for Innovation, Research, Culture, Education and Youth. In the framework of the EU Youth Conference in Portugal (12th-15th March) and the Portuguese Presidency of the Council of the European Union, a 48 hours digital hackathon was organised by the Portuguese Conselho Nacional de Juventude and under the auspices of the European Commission. The goal of the… Read More »EYEN wins the “SOLVE THE GAP – 48h EU Youth Digital Hackathon”