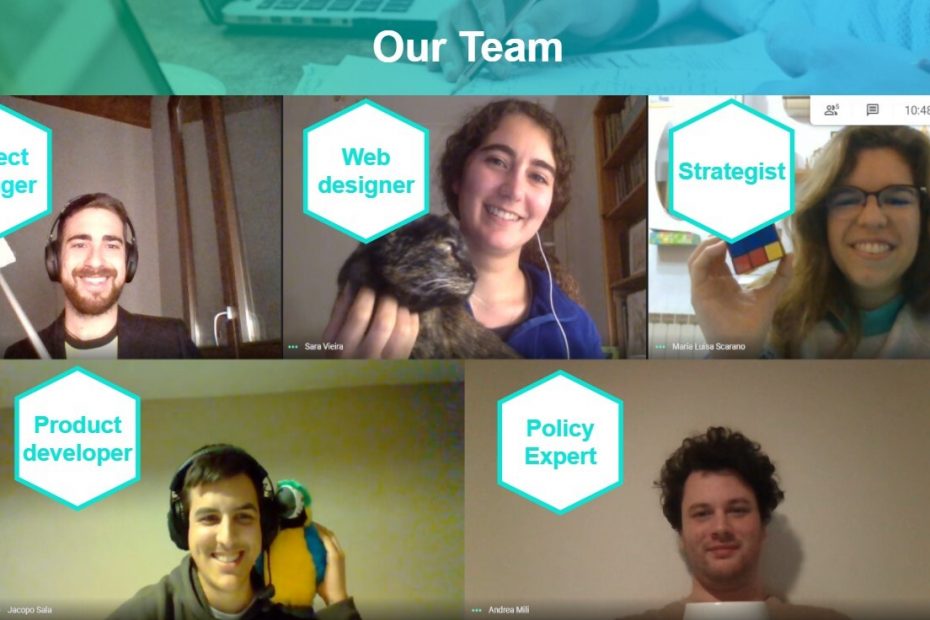 EYEN has won the “SOLVE THE GAP – 48h EU Youth Digital Hackathon”, proposing an innovative idea to improve youth engagement in policymaking and was awarded the Hackathon’s grand prize of 10.000 € by a panel of experts including Mariya Gabriel, the European Commissioner for Innovation, Research, Culture, Education and Youth.

The goal of the competition was to design, within 48 hours, a digital tool addressing five proposed challenges to youth participation in European politics: Fight Youth Vote Abstention in Elections, Youth Outreach and Access to Youth-Friendly Information, Building Transparency and Trust in Government, Youth Engagement in Policy-Making and Youth in Positions of Power.

The digital tool developed by EYEN that emerged victorious from the competition was the “European Policy Hub”, a one-stop shop to facilitate the understanding of the policymaking processes, to outline the role of the European and national institutions in a user-friendly format and to promote active youth organisations. The aim of the tool is to encourage participation, increase transparency and enable knowledge sharing amongst young people.

According to the winning team, youth engagement in decision-making processes is low because young people often do not have the right tools to understand how policymaking works and how they can fruitfully participate in it. Initially, this tool has been developed with a specific focus on energy policy, in line with the purpose of EYEN. However, its focus can be expanded to a wide range of topics, from health and education to climate change and digitalisation.

In further developing the project, the team will recruit expertise from EYEN and its members, as well as inviting new collaborations with public institutions, companies and private citizens willing to contribute to the tool and thus further improve youth engagement with policymaking, a crucial component of Europe’s energy transition. The outcomes of the project will be presented during the Slovenian Presidency of the Council of the European Union, expected at the end of October 2021.

If interested in knowing more or contributing to the project, please check our website or send an email to openpolicy@youthenergy.eu